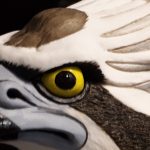 It is hard to believe that we are writing this article to celebrate 10 years of the Ospreys Supporters Club! We seem to have come a long way since our initial attempts to get the whole concept off the ground, but that said there remains a lot to accomplish, as we contemplate the future of the Ospreys and discover further ways to give our team and their wonderful supporters  the support that they deserve! To begin with though, let’s reflect on the evolution of the OSC and consider its achievements to date!

On Saturday April 10th 2010, the Ospreys faced Biarritz, away deep in the Basque country. The final result was a 29-28 victory to the home side, following a rather controversial decision at the very end of the game. Perhaps it is for the best, that the details of this decision, by one of Limerick’s finest, be left for discussion at a later date; however, the fact that remains that this game was to have a lasting effect for supporters who made the trip and those who watched events develop on the television, here in the Region!

The welcome shown to visiting Ospreys that weekend, proved to be the final motivational factor in the desire to establish an active supporters club! Shortly after returning from Biarritz, momentum came from the supporters themselves, and  a post appeared on the Ospreys Fans Forum from a passionate Ospreys supporter named Mike Phippen, asking for five supporters to accompany him to a meeting with a representative of Ospreys Rugby; with a view to establishing a supporters club. The meeting duly went ahead, and the stage was set for the subsequent development of an official Ospreys Supporters Club, or OSC as it soon became known! Shortly afterwards, this fledgling group met for the very first time at Starbucks Coffee Shop, opposite the Liberty Stadium. Until recently, Starbucks displayed a plaque on the wall duly noting that the OSC had been founded there, sadly, following building work it disappeared never to return! So, a fledgling OSC took flight with Mike Phippen elected as chair, Paul Harris Secretary, Nathan Johns treasurer and Ray Morgan vice chair; all supported by an enthusiastic and dedicated committee.

Through consultation with Ospreys Rugby it was decided that OSC membership would be free of charge and be an inherent element of season membership. Thankfully, this practice endures and it would appear is valued by the members themselves! From the outset OSC produced a pin badge for its members, updated annually to reflect the team colours and delivered as part of the season ticket package. More recently, we have asked for a small donation of £1 for the pin badge, with profits donated to charity. They remain very popular and are proudly sported by the Ospreys faithful both at home and away from the Liberty Stadium!

For home games, the OSC organises bus transport to and from the Liberty Stadium from the Neath area and we are fortunate enough to have the support of a group of supporters in the Port Talbot area, who  organise bus transport on our behalf. The committee would like to record our thanks to Julie Davies, a dedicated Ospreys supporter, for her tireless efforts with this bus service! Buses are also organised to venues within England and Wales, with many members availing themselves of this service. In terms of European travel, the Supporters Club tends not to organise official trips, but will share meeting points and any event invites from the opposition supporters groups.  We hope to extend our travel advice further in the future!

When visiting clubs in European competitions, the OSC presents a plaque or a pennant commemorating the occasion; it is felt that it is beneficial to mark the visit and further emphasise the nature of the, “rugby family!” In addition, OSC organises meeting points for supporters to congregate and benefit from the whole experience of following the team!

An early priority for the Supporters Club was to spread the word regarding events, news and activities on offer to members. From the earliest days OSC has contributed to the Ospreys match day programme. In recent years, we have also produced and managed a highly successful Facebook and Twitter Page, together with our own Ospreys Supporters Club website! Why not join us on these media and keep up to date with what is happening down at Wales` most successful regional rugby team!

You might also be interested in keeping up to date with another exclusive OSC activity, the awarding of the OSCA (Ospreys Supporters Club Award) each month to the player selected by the supporters themselves. The award is in fact a “grogg,” crafted at the world famous “Grogg Shop,” in Pontypridd. However, unlike the famous caricatures of rugby players, footballers and other stars, this particular grogg cannot be purchased off the shelf! They are in fact made under license for OSC and are unique to the club. The grogg is an osprey running with a rugby ball and painted in the home strip of the season. The player`s number is displayed on the back and the name at the bottom of the statue. A larger grogg, mounted on a wooden plinth, is presented to the winner of the supporters, “Player of the Year.” Feedback has indicated that the players are enthusiastic at the prospect of adding the OSCA to their collection; a job well done one would like to think!

Probably the most significant and the writer would suggest, most successful project that the OSC has initiated, is the creation of a traditional rugby clubhouse, in the Riverside Lounge under the East Stand. Along the wall above the bar the visitor will find a rugby shirt from the 77 clubs that constitute the Ospreys Region. The collection is certainly impressive and is complimented by various artefacts collected from visiting supporters and from our travels. All visiting supporters are cordially invited to join the Ospreys faithful, both pre and post match, be it independently, or as part of their official supporters club and a warm, Welsh welcome is always assured!

The Riverside is also the setting for the presentation of the previously discussed, monthly OSCA awards and on occasions when an award is not being made, for interviews with the players. The Supporters Club remain grateful to both the players and Ospreys Rugby for facilitating and attending these post match events, which have proved to be so popular with supporters of all ages. To celebrate such events an OSC Player of the Month/ Season board has been placed on the wall behind the stage. This board lists the winners of the OSCA month by month and year by year accordingly. In addition, a signature board for all players who make the visit to our clubhouse is also available and is, it has to be said, rapidly filling up!

The OSC is a non profit making organisation, but since the earliest days, it has placed great emphasis on making a charitable contribution to the rugby community. Over the years, we have supported numerous charities and worthwhile causes. The funds to support these bodies, comes as a result of raffles and the proceeds of the sale of OSC badges.  The generosity of the Ospreys supporters never ceases to amaze us and has meant that we have been able to support a range of good causes throughout the Region.

Among the charities and worthy causes that OSC have supported are:

The charity we supported in the 2019/20 season is The Swansea Gladiators Rugby Team. This is a group of players, some with additional needs, that enjoy playing the game of rugby together! A very worthy cause and we hope to make a presentation to them in the near future!

From time, the OSC have arranged social events and Q&A sessions, with a range of players, officials and personalities from the world of rugby. They have proved to be very popular to date and these are definitely events that we hope to repeat in the future!

It is fair to say that the OSC has evolved in to a successful group and that evolution is very much ongoing. There have been changes to both the officers and the committee along the way, with everyone involved playing their part to make OSC a significant factor of the success of the Ospreys as a whole. Today the Supporters Club is still served by a committee of hard working Ospreys fans; committed to the Region and indeed the great game of rugby football as whole! We have planned a range of events for our 10th season and we will be in position to share these with you in the near future.

Before we finish though, we would like to share a couple of things with you. All members of the committee carry out their duties without any reward, financial or otherwise. Within the last 3 years, we have introduced a system of election for all committee members, based on a 3 year cycle. If you feel that you would like to become a committee member, please contact secretary@ospreyssupportersclub.com. If this is not for you, but you feel that you would like to help out on match days, events etc, again we would greatly value your assistance. Finally, we would like to stress that the OSC committee is not the OSC! You the members are the OSC and your feedback, suggestions and participation
are always welcome!