Congratulations go to Daniel Evans for winning the SWWR OSCA for Player of the Season.

Dan received the highest combined votes from the Ospreys forum and the OSC Facebook page to pick up the coveted Player of the Season Award.  Only a handful of votes separated the top four with Dan topping a group also consisting of Tyler Ardron, Rhys Webb and Alun Wyn Jones, an indication of the fantastic team performances put in this season.

The award was presented to Dan by our Nigel Jones at the Ospreys annual awards night in the Brangwyn Hall.  We took the OSCA back off Dan at the end of the evening to present to Dan in to the Riverside Bar after the Glasgow game to receive the award and be interviewed in front of supporters.  In fact – here he is receiving the award in the Riverside! 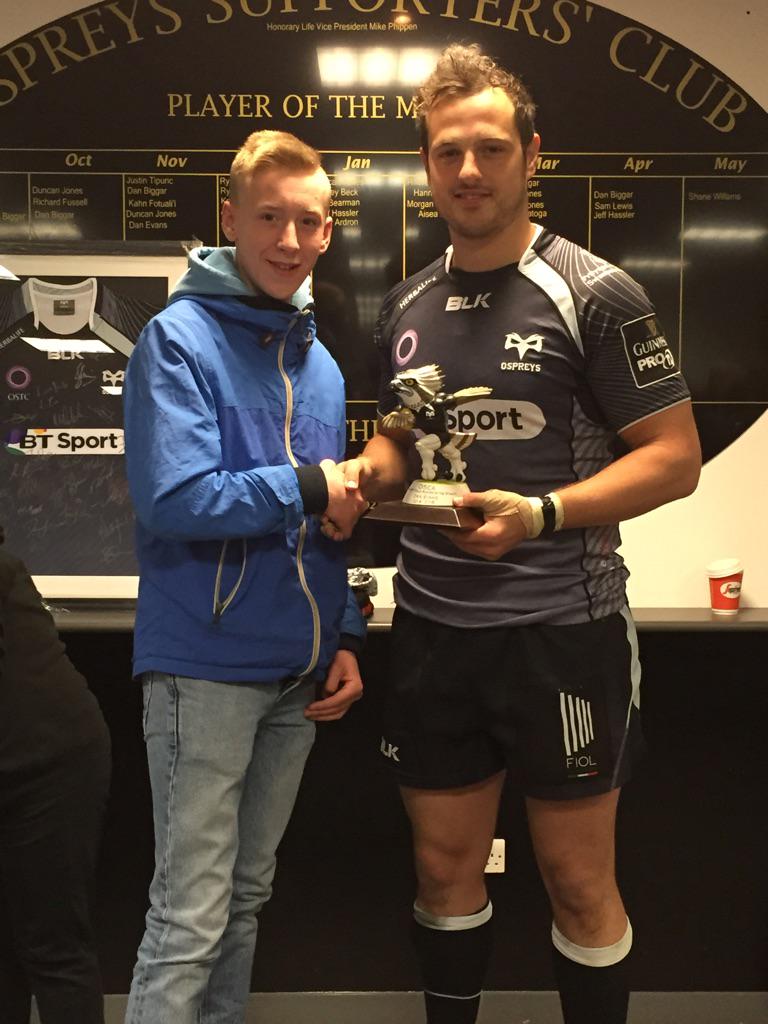 The OSC would again like to thank South Wales Wood Recyling for sponsoring the 2014/14 OSCAs.