Posted by grant@ospreyssupportersclub.com on 14th June 2015
Posted in: EVENTS. 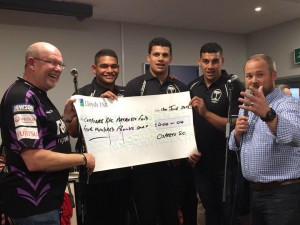 A few of the OSC made the long journey to Camborne to support a fundraising day organised by Sireli Matavesi’s family.  It gave our chairman, Nigel Jones the opportunity to present a cheque for £400 to Josh & his brothers.

We would like to thank the Ospreys and Glasgow Warriors supporters who bought tickets for the charity raffle carried out in the Riverside Bar after our last home game of the season.

The game also remembered the sad passing of the great Jerry Collins & his wife Alana Madill.

A minute’s silence was held before kickoff and a few travelling Ospreys supporters showed their respect by wearing Ospreys shirts from JC’s time with the team marked “COLLINS 6”. 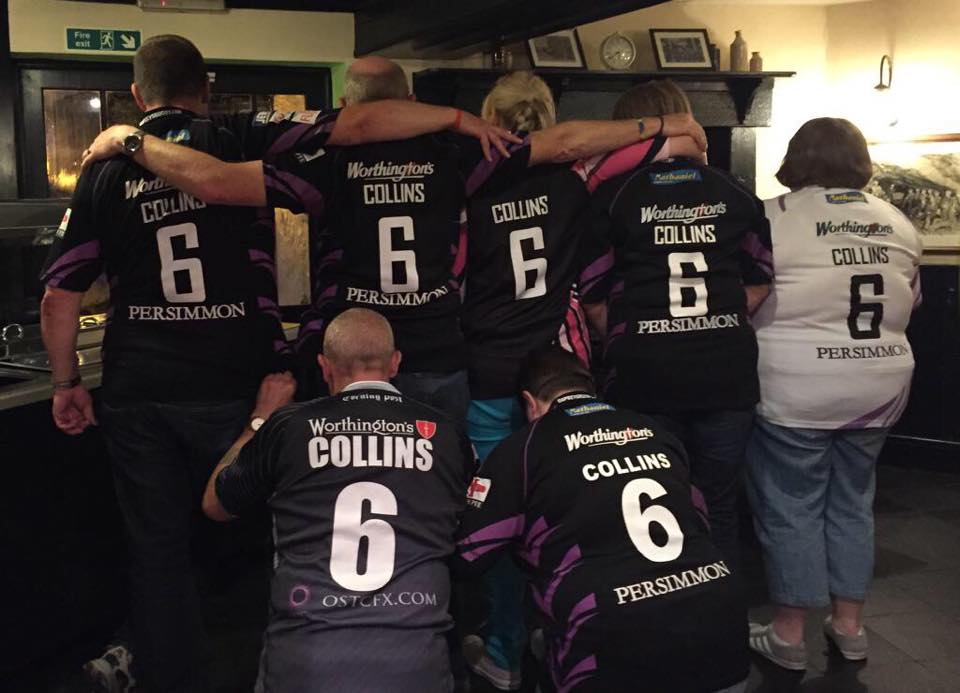