Posted by Grant Berni (OSC) on 18th April 2015
Posted in: OSCA.
As the season draws to a close it’s now time for YOU to vote for your Ospreys Player of the Season!
After being written off pre season by most of the Welsh media, the team and coaches have put in some outstanding performances that have taken us to the edge of another potential league championship.
This season we are running the Player of the Season vote prior to the last official home game of the season. We have thought long and hard about the change, but we have decided that the time is right to align the presentation of the official OSC award with the Ospreys annual end of season awards ceremony.
Even though the initial presentation will be made at the Ospreys awards evening, the OSC will of course present the winner with their OSCA in the Riverside Bar.  This year, we are hoping that the presentation will be made at our last league game on the 8th May. This means we can show our appreciation to the player at the end of the season and not months later, as in previous years.
So with that in mind it is now time to vote for YOUR OSC Player of the Season: 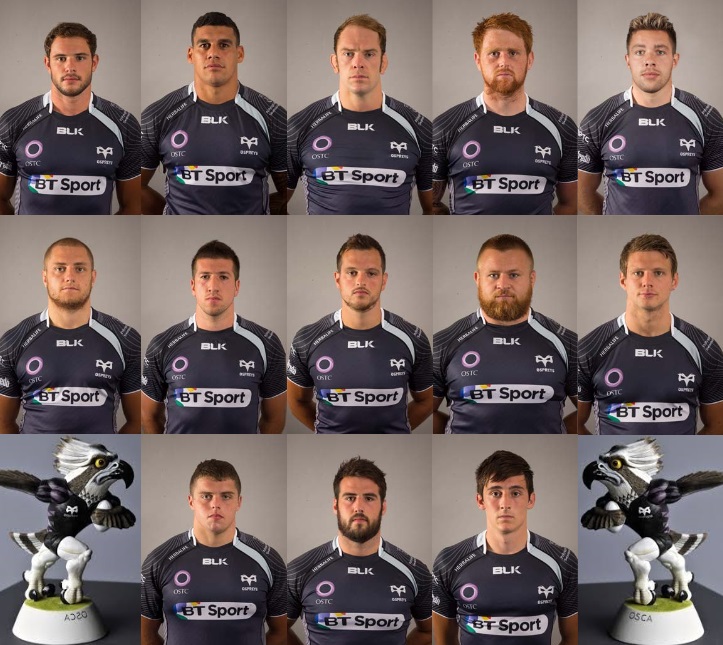