TV Pundit Poll – have your say!

With the Rugby World Cup approaching and ITV having exclusive broadcast rights, you’ve got to be curious of the quality of coverage that will grace our television screens.

However, ITV have named a really strong lineup: 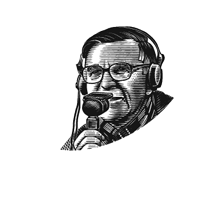 Nobody will ever compare the late, great Bill McLaren who’s prose lit up the rugby world, but this is a chance for you to vote for your favourite TV pundit currently gracing our screens.

If you’re torn and can’t pick just one, you can vote for up to 5 pundits.