SH thanked MP and MK for meeting with the JSG so soon after the last meeting. It was acknowledged that things had changed reasonably substantially since the last meeting and that updates from PRB statements had confirmed the change in position.

MP said that it was no longer deemed to be ‘Project Reset’ as the new legal agreement was now in place and was no longer a project. Future reference should be made to the Professional Rugby Strategy which covered the five Professional Entities (the four regions and the WRU).

PRB were focussed on doing right thing for the game and whilst it was agreed that the current position was ‘business as usual’, the facts remain that transformational change is required to enable 4 professional teams in change to be sustainable and competitive.

JSG asked whether consideration had been given to the appointment of a Supporter Director on the PRB. MP said that this wasn’t really on the agenda and that the focus was on appointment of non-exec Directors as they can bring required skills to the board. In addition, it was not possible to make room for all stakeholder representatives on the PRB – e.g. the players also wanted representation which had resulted in far more regular dialogue between the PRB and the Players association (WRPA) and the players themsleves. He confirmed that members of the PRB have fiduciary duties.

However, it was noted that PRB wanted and needed to take the views and feedback from supporters into account, and that the JSG would be the preferred option to do this more formally and on a regular basis together with supporter forums at local level.

MP went on to say that since 2016, there had been an increase in funding from WRU to the regions from £10 to £20m. This totalled around £32m when competition income was included to the four regions, in addition to the clubs’ commercial and ticketing income generated locally. Whilst the improvement is welcome there remains much to do with the 5 entities working interdependently.

There was a detailed discussion in respect of the supporter experience and ticketing. MK said that the research seemed to suggest that the price of season tickets were too low but that the overall price point on match tickets was about right. One of the key requirements for all regions was to drive attendances up. There was agreement from all that regions could and should do better – but under resourced in commercial departments.

JSG pointed out that the structure of the season was not helpful and with regular changes from International periods to league and Europe, the season tended to lose momentum. MP acknowledged that this was a difficult position which was under constant review. MP confirmed that there is Private Equity interest in the PRO14, but that this was primarily a matter for the PRB to consider.

JSG representatives raised some frustrations about regional teams not using players to better leverage their brand and start to build on international successes back in the local areas.

JSG and WRU agreed that a lot of the media articles written about the regions seemed to have a negative spin – intended to ‘create a good headline’ – which was undermining the hard work being undertaken by the regions and not encouraging people who were not already committed to regional rugby to have a desire to attend. As an example of this, MP handed out a copy of a graph showing the increased funding given to the Regions by the WRU. Funding had doubled since 2016.

MP reminded JSG that there were seven agreed key indicators of success for the regions, Including:

Work is ongoing on a formula based funding model going forward to better link funding to these areas of success.

A question was asked about the commercial structure: 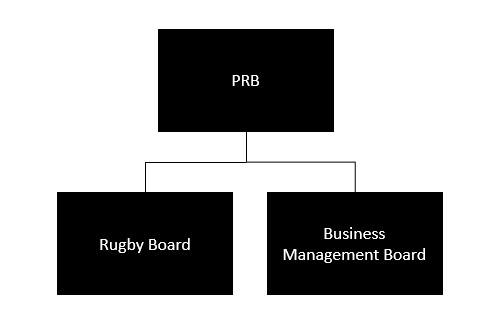 Rugby Board – Team Managers from regions and Head Coaches

Business Board – tasked with reducing costs, leveraging economies of scale and increasing income.

JSG asked about the recent departures of promising young players and whether the changes to the pay bands were preventing the retention of key talent. MP said that, whilst he was not prepared to discuss individual players, some wanted to seek a different experience and that pay bands were not a factor in their decisions.

JSG asked whether regions were able to ‘top-up’ the pay bandings offered to individual players – thus encouraging players to choose one region over another. MP confirmed that this was allowed, but only to the top of the relevant banding which have been agreed by the Regions and WRPA. There was a further discussion about the perceived value of a player being different to different regions based on their depth in that particular position. MP confirmed that the reason for a band with a lower and upper limit was to cater for this eventuality.

The discussion moved onto whether the first season of working with Premier Sports had been deemed a success for the Pro 14. MP said that feedback seemed positive and that he understood viewing figures for the coverage to be broadly in line with that experienced by the BBC when all games are taken into account. He reminded JSG that BBC did not formally bid to cover the Pro 14. JSG members said that the coverage was good and it was encouraging to see decent exposure on regional rugby, as national media outlets traditionally focused on Team Wales. MP agreed and indicated that the PRB were increasing its focus on exposure for the Professional rugby brands in 2019 onwards.

MP agreed that the focus from the media on Team Wales did not help the regions and that he would prefer to see more balanced coverage. He said that there was work to do to educate many people attending Wales games that the team were successful because of, and not in spite of, the regional teams.

The Union is working with Regions in an effort to cut costs across the board. Savings are being made by agreeing deals where all Regions use the one travel company for travelling arrangements. Kit sponsorship is also being considered, but currently Regions have arrangements in place which end at different times.

3 – Communication from this meeting

Notes of the meeting would be produced by JSG and circulated to the group prior to publishing to members.

There was no other business and it was agreed that the group would meet again in a few months – date tbc.