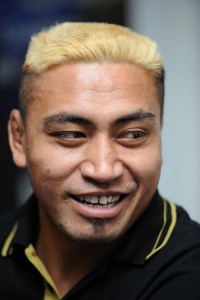 We were all shocked and deeply saddened to hear the passing of ex-Osprey and All Black legend Jerry Collins together with his wife Alana early this morning.

We’re sure we can speak on behalf of all Ospreys supporters, when we say that he will be truly missed. His physicality and edge made him the back row enforcer that everyone – both his peers and opponents, came to respect. Not only on the international stage, but also when he proudly pulled on the shirt of the Ospreys.

Jerry was at the heart of the Ospreys squad at the height of the so-called ‘Galactico’ era. The back row dominance of Collins, Holah and Jones culminated in us winning the Magners League title in 2010. He was also a prominent figure during our 2009/10 Heineken Cup campaign, with an almighty performance against Biarritz in San Sebastian during the Quarter Finals.

From a Supporters’ Club perspective, Jerry was always very supportive of the OSC. He always gave his time to talk to supporters, and had a great sense of humour. From browsing social media this morning, it’s evident to see how Jerry made an impact in so many peoples lives, not just with supporters, but with his young team mates too.

He may have only been in Ospreylia for a short period of time, but his legacy will live long for many years to come.

Once an Osprey, Always an Osprey